Mark was always committed to giving Storm the exercise and the freedom he needed and deserved, so they walked an average of 8-10 miles per day.  But when Storm was 3, Mark noticed some discomfort when he ran.  A few vet visits later, Storm was diagnosed with a degenerative spinal condition that narrowed the spine, just above the tail, and caused some pressure on the nerves. This condition affected Storm’s walking and running gait, causing him to slightly drag his back paws along the ground. The vet recommended paw protection to keep the nails from wearing down, causing further discomfort and bleeding.

Mark began the search for a boot Storm would not only like, but would hold up to the active lifestyle he was used to, and still greatly enjoyed. Mark went to store after store, including ones online, to find anything that would work. A couple hundred dollars later and full of frustration, Mark had only a wastebasket full of boots and shoes, torn after only a couple uses, and those Storm simply didn’t like.  Then the idea hit him………… LEATHER!  Surely that would be comfortable for Storm, yet durable enough to last more than two days! 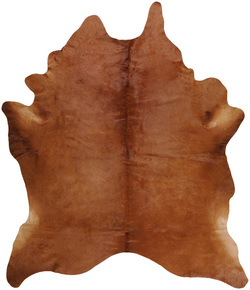 ​So Mark found some large leather scraps at a local flea market and began crafting the first sets of moccasins. A few design prototypes later, Storm finally had something he enjoyed wearing and would last walk-after-walk…day-after-day….through the rivers and over any terrain.   Mark finally solved the problem and Storm's paws were protected, and that was the end of that..…..or so he thought. Throughout his many walks, dog owners repeatedly commented on the moccasins. They all loved them and Mark learned they all shared the same frustration with dog shoes and booties as he experienced. “You should sell them!” they all urged. And Mark realized he had created something that could help other caring dog owners, everywhere… and Dog Mocs was born.   Storm helped with the business launch, modeling the Dog Mocs in front of many store owners, who not only loved the product, but Storm.   Sadly, Mark lost his best friend a couple years later, but Storm's legacy lives on.  Dog Mocs is helping dogs and loving owners all over the world, and somewhere, Storm is smiling.

The progression of Dog Mocs